Ryder Cup is a storm that happens once in every two years, where the European and US golf legends collide. They convert a solitary sport into a team game where European and American teams compete for the Ryder Cup. Each side has 12 players. Europe and US have both seen their winning streaks since the Ryder Cup started in 1927. The Ryder Cup, 2016 was played between the American side headed by Davis Love III and European counterparts lead by Darren Clarke. This 41st Ryder Cup was the first time US side has had such a thorough win in the last 35 years. They dedicated the sweeping victory to Arnold Palmer, golfing maestro, who sadly, passed away earlier in the week.

The idea of an intercontinental cup was first floated by Golf Illustrated in 1921. The PGA of America even gave it a try that year. But it did not become an official tournament until 1927. During this time, the contest was between Great Britain and US. In 1977, following repeated victories of the US-side, the tournament was changed to make it between the European continent and US. European side added talented rising stars from Spain and evened out the winning edge of US. Since then, both sides have been able to bag victories equally.

Ryder Cup has been quite a ride. From notable shows of sportsmanship to pitted rivalry between Ballesteros and Azinger, there have been moments where the public could not take their eyes off the tournament.

The 1991 Ryder Cup, christened ‘The War by the Shore’ generated huge public sentiment. The key players put up the most genius moves and the competition ended in a putt fraught with drama and anxiety. With time, it became difficult for the respective captains to manage the teams and keep up the energy to play. So in 1963, Arnold Palmer became the last playing captain from US side.

The Ryder Cup, 2016 took place at the Hazeltine National Golf Club, Minnesota in Minneapolis. Although it is a relatively pristine place, the Hazeltine Club has made big name for itself. They started staging golf tournaments from 1966 onwards starting with US Women’s Open Championship. Hazeltine has hosted Women’s Open, US Open, PGA Championship, US Amateur and now the Ryder Cup. They boast of a 7628-yard track. The Hazeltine Golf course has a lot of elevated ground and narrow fairways. The par 4 sixteenth hole is considered the signature hole. They have seen major overhauls in anticipation of key events like PGA Championship, 2009.

Each team consists of 12 members. US and European teams have different selection criteria.

The US team is selected based on The European team is picked based on 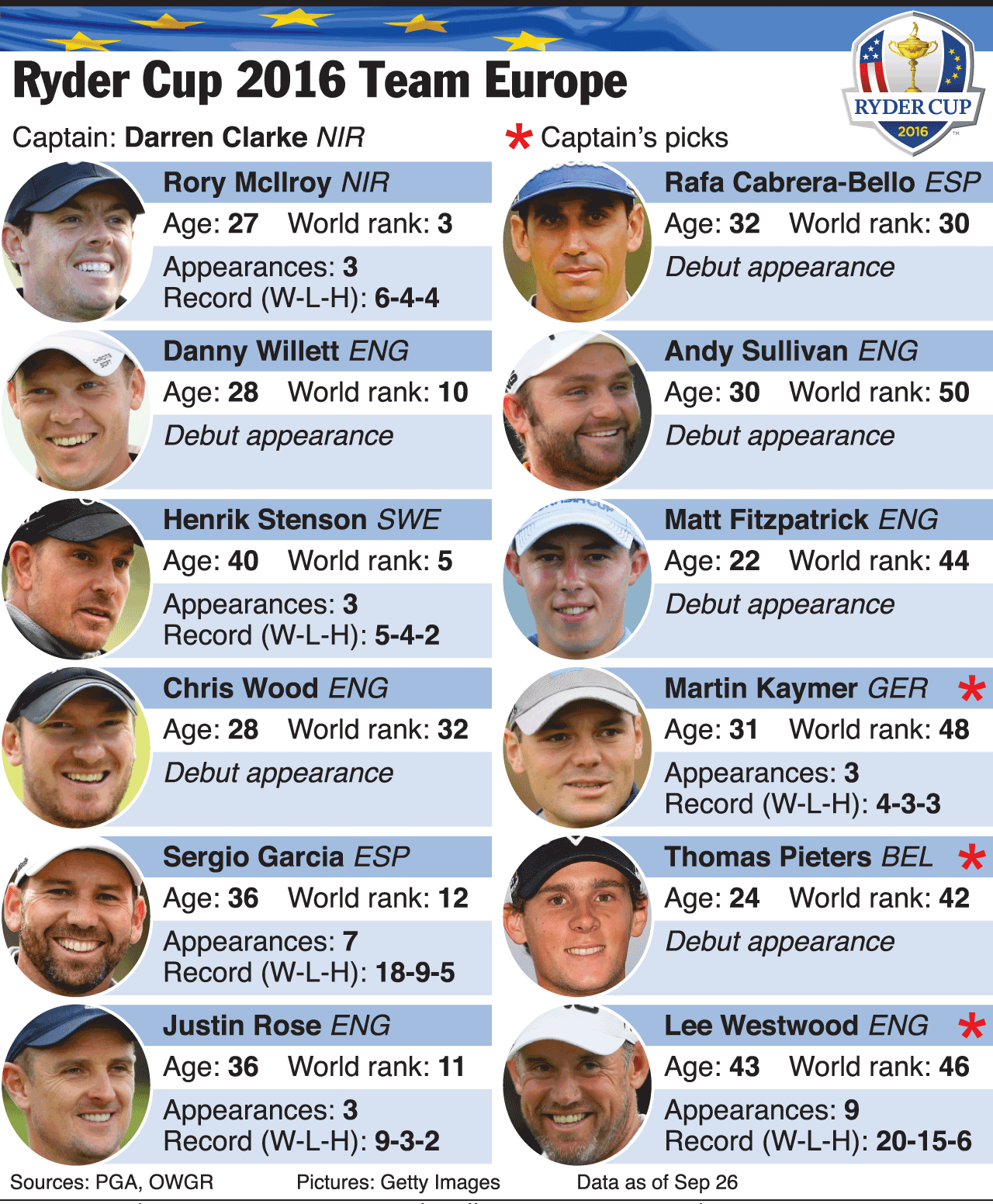 Over three days, each team indulges in 28 matches, each being a match play over 18 holes. If it’s a tie, the last winning team retains the trophy. There are three important components of the Ryder Cup format:

A foursome is played between teams of two. The members of a team take alternate shots on a hole with the same ball. The team that completes the hole in the fewest shots wins the hole. A chance to tee-off is also divided alternately between the team members. One tees off all the odd holes and other tees off on even. This game involves four balls. Each golfer plays their own ball. The best score out of two members of a team is chosen to compare with the other team. The team which has the lowest scorer wins the hole.

This is a regular match play between two individual golfers. In the Ryder Cup, each match win earns you one point and one tie after 18 holes earns you half a point. They take a total of the points at the end to determine the winner.

US team won the Ryder Cup, 2016 by 17-11. Even with 3 Singles matches remaining on the last day, they had established a comfortable lead. Patrick Reed bested Europe’s finest, Rory McIlroy in the singles match. Americans played their game with everyone pitching in to stack the winning points. Their confidence was boosted the opening morning, where they scooped all the winning points. Four of the European players went without contributing even half a point.

Ryder Cup is a hard-to-predict golf tournament. In spite of the best analyses, it can surprise you in the end with quick turn-around. World rankings and the players’ winning spree can affect how the results are formed. Most of the time, it’s hard to see a lopsided result as we saw in 2016. The pepped up energy, the competitive spirit, the unpredictability of each players form, all make Ryder Cup an exhilarating experience.