Many of us have smartphones these days and use them as our all in all devices most of the time. There is an app for just about everything, starting with time pass games to highly intellectual brain games, weather apps, shopping apps, travel apps, social media apps like Facebook, Twitter, and such website apps, and even mosquito hunter apps! So, naturally, golfers tend to download any golf GPS related apps to be used to improve their game.

Not only smartphones are used for their high helpful quotient, but also because they are fun to use. Who doesn’t like to tweet about their game and share it with friends for fun? While it is very convenient for us to use Golf GPS apps to assist us in our golf games, some rules are imposed by the golf governing bodies like USGA and R&A. The golf championship bans the usage of Golf GPS apps on smartphones that give an unfair advantage to the golfer over other players like gauging the wind speed, slope, etc. 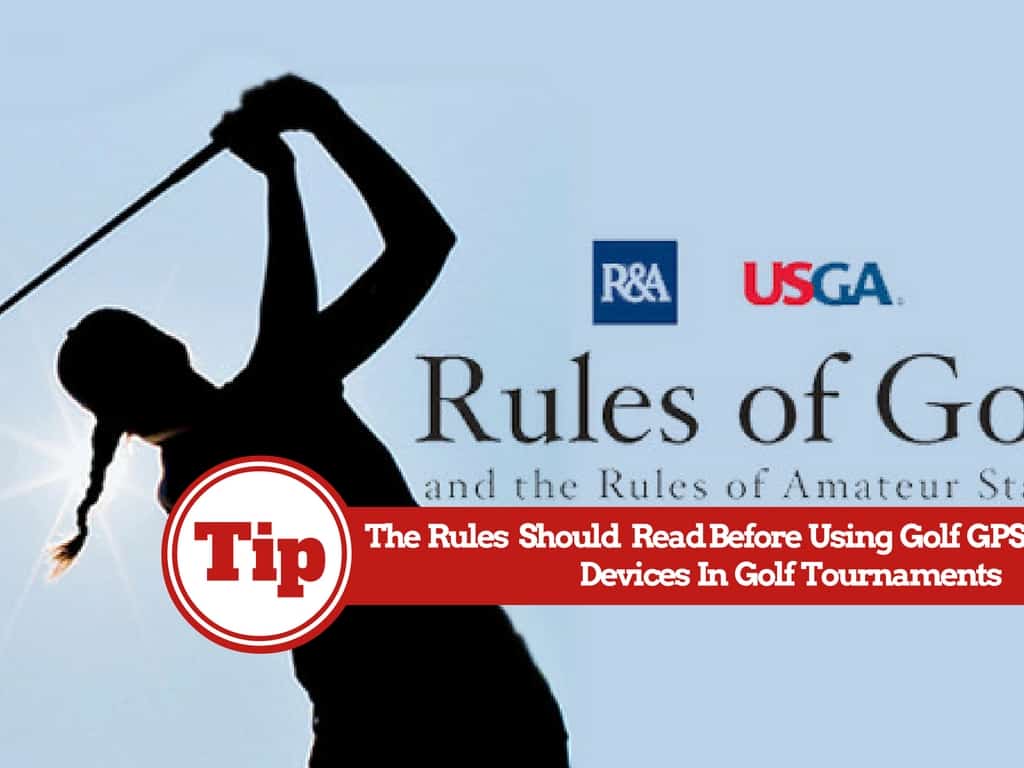 The Rules About Using Golf GPS Apps On Smartphones

There are certain rules in place to guide the usage of smartphones in tournaments. Do you want to know why you cannot use golf GPS apps on your smartphone? Read on to know more about the rules and regulations before you plan to take your smartphone in a tournament play.

While usage of smartphones in a golf tournament was not legal before, a few years back it became legal. A Local Rule 14/3 allows golfers to take their smartphones with them to golf tournaments but restricts the smartphone usage to only measure distances. If you have any golf GPS apps downloaded on your smartphone, it will be restricted to be used in the tournament.

Some apps usage can help the golfer in gauging the wind speed, temperature, slope of the course, and other such conditions which might give him an edge on the game. Because of this nature, it would be unfair to other players in the game and so the usage of golf GPS apps on smartphones is banned.

The United States Golf Association mentions the below rule on their official website:

“In addition, when the distance measuring application is being used, there must be no other features or applications installed on the device that, if used, would be in breach of the Rules, whether or not they are actually used.”

The R&A website gives out a flowchart to describe what it considers legal about the Distance measuring devices. Check out their article to know more details about the same. This article has many useful FAQs also that are helpful to get an idea if your smartphone app is legal or not to be used in the golf tournament.

But of course, if the local golf course rules permit, you can use your smartphone to perform the basic function like sending out texts, emails, and making calls. There is only one restriction in that which restricts the golfer to get any golf-related advice through his correspondence using the smartphone. Otherwise, it will be illegal to use in a golf tournament.​

Some golfers have questions like if they have Weather app in their smartphone, would it become illegal to be used in a golf tournament. But as the weather app would not give any unfair advantage to the user, it is allowed to be on the smartphone as it is considered as not actively gauging any golf conditions.​

These days we have many sophisticated devices that are very helpful in the game and also tournament legal. Not only that these devices are very handy, easy to use, plus smartly avoid the distractions of a smartphone. What more can a golfer ask for when he is serious about tournament play! So, consider all the rules and regulations laid on the usage of golf GPS apps on the smartphone before taking it to your tournament play.​

A loaded question that needs clarification. In the age where technology continuously trumps humans, golf is not untouched by the phenomenon. What follows is the advent of golf GPS devices and that ties a neat bow over your golf course management method. At the click of a button before teeing off, you can automate the whole process of distance measurement in golf using golf GPS DMDs. With automatic hole advance, voice clip-on, shot replays, advanced stat tracking, and constant improvement in GPS receivers, they are revolutionizing the details of golf like never before. It is too good to be true. And whatever is too good to be true is probably too good to be legal, right? Well, not in this case.

For the longest time, the USGA/R&A rule 14/3b prohibited players from using any distance measuring device or using any other device for gauging other conditions of the play. This kept the rangefinders at bay. But in 2006, golf finally caught up with technology and invited Decision 14-3/0.5 that allowed tournament authorities to add a local rule that would legalize distance measurement devices subject to some restrictions. So as per this decision, in a golf tournament, if a local rule is applied then devices that measure distance only.